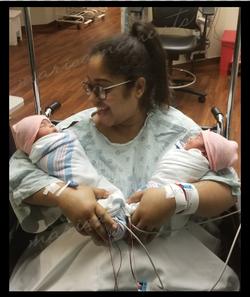 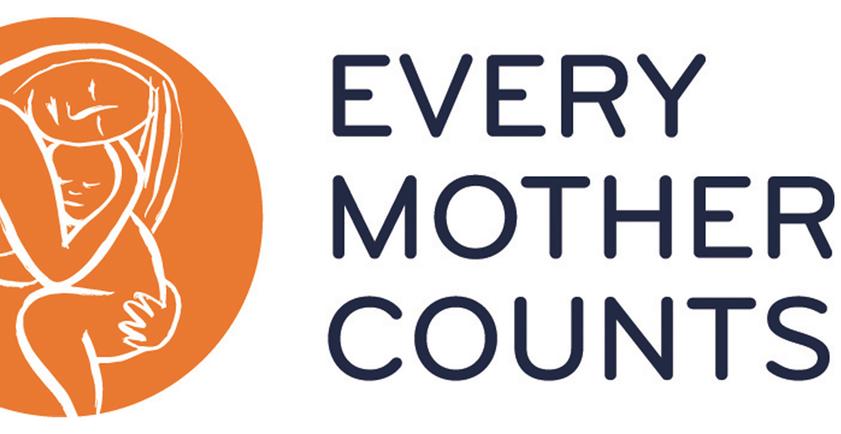 Although the series of fortunate events begin much sooner than this, for the sake of whomever reads this, I will begin at the moment after I delivered my twins.

Cass and Rocky were brought into this world naturally (which wasn't the original plan, but we must adjust for the health and safety of our most beloved). I remember being so relieved to be able to breathe again. The look of pure joy on my husband's face was validation that not only had the past year of pain been worth it, we now had two beautiful baby girls that I somehow brought into this world of ours. However, this moment of bliss was short-lived. It would now be replaced with an acute certainty that something was wrong with me.

I remember smiling at my husband as he headed with the babies to the NICU, thinking... "I love you, I love you, I love you..." over and over. Wondering if I would ever see them again. It couldn't have been more than minutes that passed by this point. I realized that I was freezing, could no longer move, was getting extremely tired... I knew I was dying.

The hands inside of me starting ripping and tearing at my insides. The room filled up with at least triple the amount of doctors in an instant. One doctor then says to me, "we're going to have to do a hysterectomy". My nurse tries to encourage me, while the OR nurse reminds me that although there is a lot going on in the room, I shouldn't be afraid. In the background I can hear another doctor counting up, "1.5! We're at 1.5!... 2... 3... 4... we have to start pushing!"
Then I feel what I would equate to lava being ran through my veins. It hurt in such a way that I was able to express my pain. In that moment one of the new doctors explains that they are giving me blood and have to do it very quickly, so it's going to hurt but I shouldn't worry because they will put me under soon.

Another doctor places an oxygen mask on my face. In this moment, my brain can't comprehend that this mask is giving me air... I can only think that there's something blocking my face and I need to breathe. So in true Marisa fashion, I muster up whatever little strength I had to yell, "can you please move the mask!" To which, of course I was told that it was necessary. This whole mask song-and-dance happened twice. Lol

After that, everything went black....
I have no idea to this day how long the surgery took. I just remember waking up in a sterile white room, unable to speak, seeing my husband sitting in the corner. A nurse comes in... I don't really remember what she said, just how she made me feel. I knew she felt extremely sorry for me.

There were a lot of doctors after that, I can't remember what they said or even what I might have said... It all felt like a dream... or perhaps a nightmare.

Once I became a bit more alert I discovered that my uterus wasn't contracting back down and I began hemorrhaging. In all I had lost 8liters of blood and had been given 6 units of blood as replacement. [These were the numbers I heard... they were tracking how much blood I was losing.] Because my uterus was refusing to cooperate, that's why I required an emergency hysterectomy. [I was left with only ovaries... this is considered a complete hysterectomy.]

➡️ As an aside:
I would like to point out that although yes, I had no intentions of having other kids.... to have even the option completely taken away is hurtful. This is a piece that most don't understand and I've never really addressed until now. To have choice removed is more than one can usually imagine. ⬅️

So there I am. Swollen from head to toe. Hadn't seen my babies, let alone held them in hours. Yet I was euphoric because I was alive! I don't think I've ever felt so much gratitude in my entire existence.
I'll spare you the details on my road to recovery (for now), but know that I never do things half- heartedly, so there are certainly stories there too.

So there you have it folks! The "meat and potatoes" of why I'm so grateful to see today!

I went in to deliver babies and almost didn't return home. Tomorrow is not promised, so we must remember to be grateful for today, whether it's crappy or great.  [✌]  [💖] [💡]

P.S. I would do it all again in a heartbeat to bring my babies into this world.

Read more of my story with "Postpartum Haze" here...